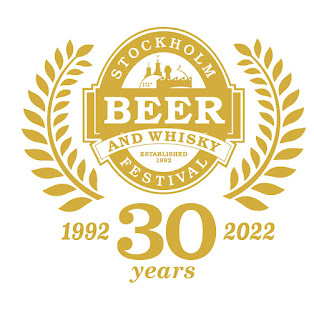 •             Alf Tycker Om Öl; Who is Tim Dewey – an American with a long and impressive CV, working for some big beverage companies, how did you end up in independent family brewery in Keighley, Yorkshire?

Tim Dewey Timothy Taylors; First of all, how did I end up in the UK?  I studied here in 1978/79 and met my wife, Jane, on a train on the way to Wales! I got a bit tired of the politics/bureaucracy of the 'big beverage companies' and started to work for more entrepreneurial and smaller firms including a start up in soft drinks (The Juice Brewery) and just before joining Taylor's, Drambuie Liqueur Company.  Just as we were deciding that Drambuie couldn't really carry on as an independent company, I was approached by a recruitment company about the role at Timothy Taylor's, and here I am.

TDTT; Taylor's brewed fantastic beers that commanded a premium price and had a great reputation (deservedly) but the Company had been run the same way for 22 years.  So really my focus has been in putting in a modern, top class sales and marketing effort to reflect the quality of the beer while modernising other business practices and developing a positive, open, performance culture.  It has also involved continuing to develop the infrastructure to cope with our growth, with seven new fermenting vessels and a new distribution warehouse added in 2019.

•             ATOÖ; Brexit happened since you joined, any negative effect on your operation so far? Export and Import (any foreign ingredients?)

TDTT; It has had little impact since most of our ingredients are UK grown and we have no real export business to speak of as cask beer doesn't travel particularly well and the bottle business is quite commoditised.  We are pleased that in Jorvik we have found importers doing a great job for us in Sweden though and that now involves slightly more paperwork but it seems to be work satisfactorily.

•             ATOÖ; Sustainability and organic – climate changes is a rising subject. How do you work to minimize your footprint in mother nature? Do your brew any organic beers?

TDTT; It is something we are working on.  We hired a company called Carbon Architecture to map our carbon footprint and we are now working through the potential projects that will help us reduce our impact.  Fair to say the Company has always been mindful of this.  The cask washer we installed some years ago uses 30% less water and energy than its predecessor.  But we want to go further/faster which is why we need a structured programme, which is what we are pulling together now.  On organic, it is challenging to get the whole supply chain on board and in a way that ensures quality is not sacrificed.  For example, for our traditional hop varieties in a beer such as Landlord (Fuggles, Goldings, Styrian Goldings) my understanding is that it is currently very challenging to grow these hops organically and still get the depth of flavour required.

•             ATOÖ; Production size – do you produce as much, or more, beer as you did 5 years ago? Cask, Keg, Bottles/Cans? Timothy Taylors had a short period during the pandemic, when you didn't produce any Cask Ales – did that have any major impact on your customers relations?

TDTT; We are currently producing more beer than we did 5 years ago.  It is primarily cask ale with about 12% of our production bottles.  We have recently launched a keg ale, Hopical Storm, which is doing well but it is early days and currently at relatively low volume levels.  We are also going to be making Hopical Storm available in cans in the coming months. If anything the pandemic enhanced our customer relations as we gained kudos by being quick to offer credit for cask ale that outlets had ordered but couldn't sell because they were locked down.  In addition, on re-start, we produced to a consistent, high-quality where others struggled to do this, and through our wholly owned distribution fleet got the product out efficiently to our customers, letting know one down.  That has been paid dividends for the business.

•             ATOÖ; I'm a member of a Real Ale Yorkshire-group on Facebook, there seems to some negative feelings, among some members, toward Timothy Taylors? Not sure why though, might be they think you're "to big"....

TDTT; There can be some of that; also I've been outspoken on the matter of Small Brewer's Relief and its need for reform given how generous it is in the UK, and that hasn't gone down well at all (lots of vitriol during the worst part of the debate), but I stand by my point of view (and unlike some breweries who feel similarly, I haven't been afraid to put my head above the parapet to represent the issue).  You can hear a podcast on my views here: https://hopforward.beer/sbr-timothy-taylors/

TDTT; Very modest amounts but we've always been about quality over quantity and what we love is the fact that it is largely cask and how well it has been received by the outlets stocking and the consumer.

•             ATOÖ; Pubs in the UK (all around the world) have had a hard time during the pandemic, but you recently opened your own venue in Keighley – Taylors on the Green!

TDTT; Yes, to be fair, it was an existing pub we owned called The Lord Rodney, which we closed for refurbishment and opened as Taylor's on the Green.  One of the idiosyncrasies of the brewery is we don't have a bar tap on site...just wouldn't be practical, but we wanted an outlet nearby that was tightly aligned to the brewery and where we could bring customers and other guests.  That was behind the rationale to open Taylor's on the Green (we have three other pubs in Keighley run by business partners: The Royal Oak, The Boltmakers and The Albert).

•             ATOÖ; Timothy Taylors Champions Club-program has reached Sweden, a few Swedish pubs proudly serves your cask ales. It feels like there is a growing market for Cask Ales in Sweden – not only your cask – much thanks to Jeremy at Jorvik Estate.

TDTT; I agree.  The only way cask works as an export product is to have someone who is passionate about it and can find an efficient way for the product to reach the market.  Jeremy and Yorvik Estates have been exemplary on both counts.

•             ATOÖ; Any collaborations planned – post-pandemic (almost)? I'd love to see a cask-collaboration with some of our Swedish cask-brewers.

TDTT; We've the production pressures the brewery has been under post-Covid, and the need for a significant amount of remedial maintenance, we are running at capacity and we've had to put all sorts of complexities, including collaborations, to one side to just focus on the basics.  I'm really not sure when things will become more flexible, but it may take a year; certainly 6 months.

Many thanks to Tim for your replies, and I am looking forward to meeting you in person next week.