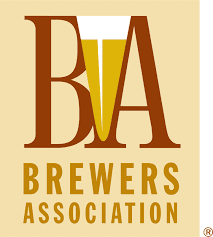 The American craft beer industry emits about half a billion metric tons of carbon dioxide into the atmosphere annually and is all too aware of the need to conserve energy and become more sustainable and environmentally responsible.  Brewing is an energy intensive business that creates waste materials and by-products in equal measure and in today’s environmentally conscious landscape the need for sustainability is more important than ever.  The majority of American craft breweries are acutely aware of their impact on the environment and strive to develop new and creative ways to become more sustainable, more energy efficient and more environmentally responsible.  Here’s an overview of the latest initiatives being undertaken on the other side of the Atlantic.

Sierra Nevada Brewing Co is the third largest small and independent American craft brewer in the States and prides itself on its approach to sustainability, regularly passing up the chance to brew more easily and cheaply.

At the main site in Chico, CA, there are 3.5 football fields worth of solar panels which work in tandem with two megawatts of Capstone microturbines to provide over 90% of the electricity needed to run the brewery.  Waste heat is captured and used to make steam and hot water for the brewing process.

Instead of venting naturally produced CO2 from fermentation, Sierra Nevada recovers it, cleans it and sends it back into the brewery to pressure tanks and assist in packaging.  Recovered CO2 contains less oxygen than commercial CO2 improving the quality of the beer.

Water conservation is crucial in drought-stricken California and Sierra Nevada has eliminated water-based lubricants on the bottling and kegging lines which not only reduces water consumption but wastewater heading to the on-site treatment plant.  The brewery recovers water used to rinse bottles prior to filling and uses it in vacuum pumps that dispense beer into bottles, saving about 2.5million gallons of water annually.  This environmental stewardship is at the forefront of Sierra’ Nevada’s core values and as important as making great beer.

Mandi McKay, director of sustainability and social responsibility at Sierra Nevada Brewing Co, comments: “We have excelled at the philosophy of closed loop sustainability and it’s proven to be a wonderful operating strategy. We’ve shown that waste coming out of one process such as heat, water or CO2 recovery can become a resource for something else.   We’re very energy intensive in the brewing industry, we make a lot of heat and we use a lot of heat so we’ve gone all in on recovering heat and steam and that closed loop philosophy has been a guiding principle for us.  At Sierra Nevada we do a lot more than just brew amazing beer and the same commitment to continuous improvement and zero waste runs across the board.  We’ve always been interested in connecting ourselves with our supply chain - early on we planted our own hop field - and that comes from the fundamental belief that everything is connected and our impact on the environment is impacting ourselves.

Based in California, Firestone Walker build their sustainability strategy on three main tenets: solar energy, eliminating waste and conserving water.  The site is home to an impressive 9.5 acre solar array which moves with the sun and generates the majority of energy needed by the brewery.   It offsets about 3,000 metric tonnes of carbon emissions annually or the same carbon footprint as a 4,000 acre forest.

Matt Brynildson, brewmaster at Firestone Walker says: “Everything involved in the brewing process – hops, malted grains – comes from farms and you learn through that process the importance of sustainable business practice.  When farmers practice more sustainably, the hops get better and it makes better business sense.

“We’ve always collected spent grains and sent them off to farmers as feed but as we’ve grown we’ve improved our processes by separating our yeast streams from our spent grain streams, allowing us to send those streams to different farms for different purposes.  We feed more than 20 million pounds of spent grains annually to local livestock and 90% of brewing grains are delivered in bulk to eliminate packaging waste

“Water is a precious resource in California and it takes 5-7 gallons of water to make one gallon of beer.  The beer goes out to the community and the rest of that water is processed in our waste water plant and effluent system allowing us to regain some energy from it. Ultimately, we’re discharging water that’s in better shape than before.  We treat 35 million gallons of process water annually on site and return it to the local aquifer.

“The more we brew and the more raw materials we use the great the responsibility we have to use those materials wisely and it’s not just about the bottom line, it’s about doing the right thing,” he adds.

But does the beer drinker care if their beer is made responsibly or not?  Some may claim that general awareness and demand isn’t high enough yet but this could change.  A study from Indiana University, Iowa in 2018, albeit of a limited sample size, found that the ‘majority of beer consumers are willing to pay more for sustainable beer’.  People who already purchase premium beer and who chose other environmentally friendly goods and services are most likely to pay extra for sustainably produced beer.   Whether this translates into a full-scale change across the brewing landscape remains to be seen but it is a small step in the right direction.

Fremont in Seattle, Washington is making a name for itself as a sustainable brewery by using a ‘Salmon Safe’ certification on one of its beers, Cowiche Canyon Fresh Hop Ale.  Founder Matt Lincecum, explains:   “The Cowiche Farm is a joint project between Fremont and farmers from the Yakima Chief Hops team. We started this collaboration 12 years ago to develop organic hop varieties, methodologies of growing/harvesting and to show the craft beer world that organic hops are some of the very best hops. Several years ago, we were certified Salmon Safe and are extremely proud of this accomplishment for the Cowiche farm.  We believe that including the logo on the packaging has boosted the brewery’s visibility and perhaps sales.”

Sustainability is a huge part of the brewing process: Water isn’t heated with natural gas, but with steam which captures heat from the brew kettles during production and redirects it to the hot water tank.   Excess liquid is filtered into drainage, while the grains are captured and donated to feed local cows.

Fremont is also serious about social and economic sustainability as well as environmental.   They provide employees with benefits such as subsidised healthcare and transit cars, paid family leave and they give back to the community that supports them because “it’s the right thing to do.”

The Brewers Association, the not-for-profit trade association representing small and independent American craft breweries, is heavily invested in making a wide range of sustainability resources available to the brewing industry including the Brewers Association Sustainability Best Practices Manual and a Sustainability Benchmarking Tool. It conducted its first sustainability benchmarking study in 2014, which measured energy and water use, and addressed ways that breweries could reduce water and solid waste, as well as carbon dioxide. It was an immediate success. By following the study’s sustainability targets, the first group of participating breweries cut enough costs and waste to save anywhere from $35,000 to $235,000 annually.  Other manuals are available from the Brewers Association including energy, solid waste, sustainable build and design strategies and wastewater management.  More information www.brewersassociation.org

For more information on sustainability please see a recording of the sustainability seminars that took place at the recent Craft Brewers Conference in Minneapolis.  They can be accessed on the www.craftbrewersconference.com website.

Lotte Peplow is a Certified Cicerone, accredited Beer Sommelier, international beer judge and beer writer who educates and informs about American craft beer via talks and tastings, organises events and is a keen beer and food pairer.  She’s been involved with the Brewers Association, a trade association representing small and independent American craft brewers, for many years and in 2019 was awarded the title of American Craft Beer Ambassador for Europe.

About the Brewers Association

The Brewers Association (BA) is the not-for-profit trade association dedicated to small and independent American brewers, their beers and the community of brewing enthusiasts. The BA represents 5,600-plus U.S. breweries. The BA’s independent craft brewer seal is a widely adopted symbol that differentiates beers by small and independent craft brewers. The BA organizes events including the World Beer Cup®, Great American Beer Festival®, Craft Brewers Conference® & BrewExpo America®, SAVOR™: An American Craft Beer & Food Experience, Homebrew ConTM, National Homebrew Competition and American Craft Beer Week®. The BA publishes The New Brewer® magazine, and Brewers Publications® is the leading publisher of brewing literature in the U.S. Beer lovers are invited to learn more about the dynamic world of craft beer at CraftBeer.com® and about homebrewing via the BA’s American Homebrewers Association® and the free Brew Guru® mobile app. Follow us on Facebook, Twitter and Instagram.